This is the second of the technological Khorne champions that I got. Back in the days of the Realms of Chaos books, champions could receive technological items from Khorne to kill their enemies. That was the reason I bought the 40k book, so I had the rules in case one of my champions got lucky and rolled himself into posession of a D-Cannon. 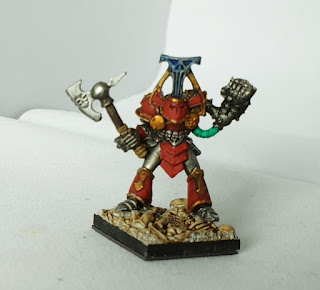 The model itself is acually very akin to the Master-Blaster champion. Same stance and very similar legs. A different weapon and less mechanical parts on this one. But the colour scheme is very much the same on both miniatures. 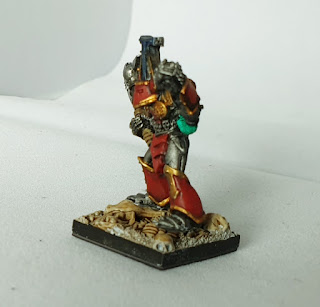 This champion has a few Khorne symbols on his armour. Most prominently the rune on his helmet. I wanted to emphazise his by giving it a blue tint. 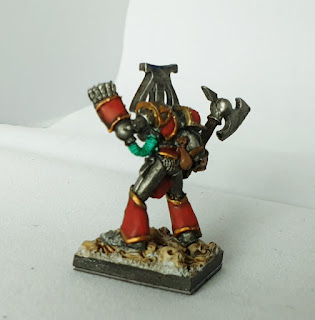 I kept the power fist very simple. Almost looking like an oversized arm. I think this fits better than putting some kind of electrical effects on it. 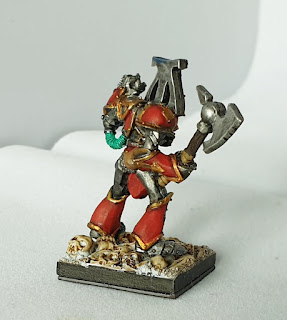