Ok I have to make a statement: I’m a 9th Age player. More on that later. But the Ninth Age project has renamed most of their units. So what I’m presenting here is not an Ogre Kingdoms Tyrant, but an Ogre Khans Great Khan. 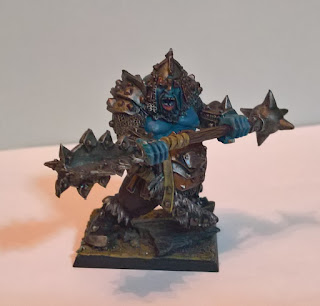 After having played 9th Age for the last three years, most of the new names stuck. So I will be using their names here – but as long as I can remember them I will provide the old GW names of the models. 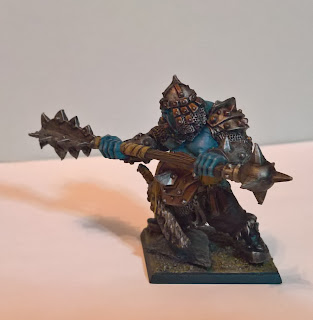 This was also one of the models I got in the Facebook army deal. He was build with the two one-handed weapons. But the model was complete with all the bits. So I removed the glued weapons the attached the two-handed mace. 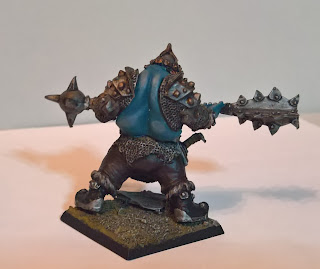 I think he looks really cool with the mace. But ranking him up is near impossible. He has to go to one edge of the unit.