This is my last Ogre and his halfling companion. The models are Grak and Crumbleberry from Forgeworld and I bought them in 2017 at the Spiel in Essen. 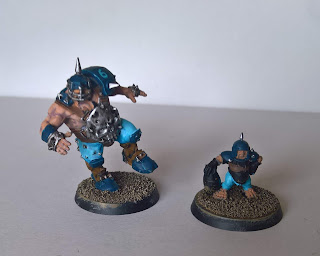 I have not finished them, and only used the Ogre for my last two games. I don’t like the model of the Ogre. His face is covered too much by his helmet. But I wanted to have more variance in my team – and I already had the two Games Workshop Ogres. 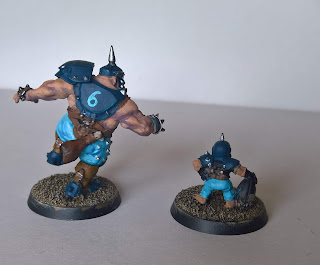 From a rules perspective it seems that the duo is fairly good – for an Ogre team. Grak got Kick Team Mate which is a better version of Throw Team Mate. But I have not hired them as star players yet.