This is such an iconic model – a champion of Tzeentch with his mutated head. I had seen him so many times in the old White Dwarf (don’t know if he is displayed in the Realms of Chaos books). 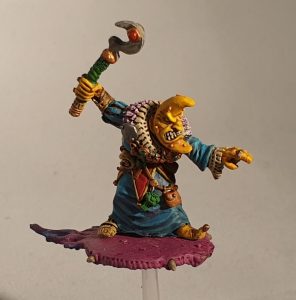 When I bought my Chaos models 20+ years ago I bought a few champions but I missed this one. After getting back into the hobby I saw pictures of him but was disappointed for him not being in my collection. 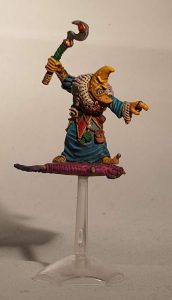 So when I saw an auction on eBay of him with two other champions I bought him. He was more pricey than I would have liked, but the auction was three champions with flying discs. SO I think I got a good deal. 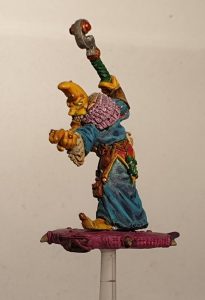 The model itself is great and was a real pleasure to paint. So many details. I mean unless you really look you don’t notice, he has six fingers on each hand. And how cool of a mage do you have to be, to use Boccoli as a spell reagent? 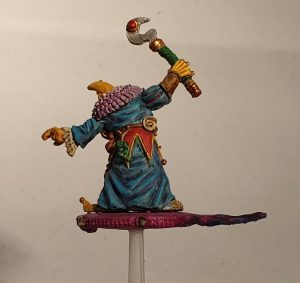 With the champion so colorful and bright I went for a fairly boring disc. It contrasts him but in itself it is very simple. Just a purple surface for him to stand on. 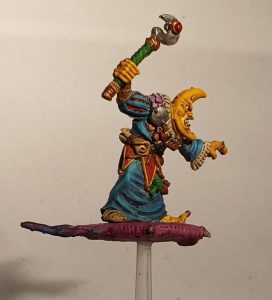 Looking around for inspiration for a color scheme or how to paint this model, I came across some really good pictures for other blogs. Be sure to take a look at them too.